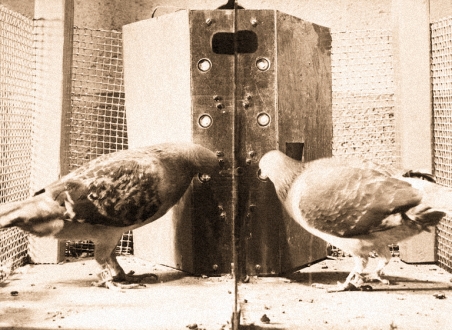 This is going to be a broader piece, and take in to account some of my personal experiences in the field of psychology, at this time. This topic was inspired from a few posts online, and various questions that interns and therapists I supervise have asked me based on their learning in undergraduate Psychology coursework. What it comes down to is: “Isn’t behaviorism outdated? I thought it died out in the 50’s. We’re more than stimulus-response machines.”.  As you might be aware, psychology as a whole has moved in a different direction from the 1950’s, and they are absolutely correct that the modern consensus in all fields view beyond the simple relations of reinforcement and punishment. [1,3,5]

Cognitivism, for example, was born as a kind of backlash to those kinds of simplistic Behaviorist philosophies. Since then, Cognitive-Behavioral theories to therapy, a combination of the two, have taken the greatest root in providing mental health services. So is that the end of it? Is that the extent? Not quite. In my opinion, I believe both far ends of the spectrum will lead to entrenched and nonviable theories. Behaviorists that stick to the Thorndike era mindset are bound to miss out on what usefulness came from the following decades, and on the same hand strict Cogntivists would find themselves battling with the dreaded circular reasoning, unnecessary dualism, hypothetical constructs, and  explanatory fictions. There are two very strong cases for missing the forest for the trees in both of these conditions. One ignores too much, the other risks oversight of what is there by looking for what might not actually be. [1,5,6]

Let’s take some words from B. F Skinner’s own mouth, one of the renown Behaviorist researchers and writers:

“When a person has been subjected to mildly punishing consequences in walking on a slippery surface, he may walk in a manner we describe as cautious. It is then easy to say that he walks with caution or that he shows caution. There is no harm in this until we begin to say that the walks carefully because of his caution. … The extraordinary appeal of inner causes and the accompanying neglect of environmental histories and current setting must be due to more than a linguistic practice. I suggest that it has the appeal of the arcane, the occult, the hermitic, the magical-those mysteries which have held so important a position in the history of human thought. It is the appeal of an apparently inexplicable power, in a world which seems to lie beyond the senses and the reach of reason.”- B.F Skinner (1974). [2]

The concern is clear, as to what might happen if we fall in to traps of circular reasoning and the invention of non-existent causes of behavior and conditions of an individual based on constructs that might not exist. Especially if their definition is circular enough to “explain” itself. But what about the constructs that do exist? What about the biological structures of the brain? What about hormones and neurotransmitters? What about advancements in medicine that has shown viable benefits to mental health? Research has come a long way, and you would be hard pressed in my opinion to find a Behaviorist (Methodological, Radical, or otherwise) that would fully ignore these advancements. [1,3,6]

In light of this, it would be a good time to introduce some more modern concepts and theories in Behavioral psychology, Applied Behavior Analysis, and the Experimental Analysis of Behavior. These are by no means exhaustive, but are rather a few insights in to what Behaviorism is today, and what concepts are used in practice and in the field, beyond stimulus-relations and the ignoring the organism and focusing on the behavior.  There have been vast advancements, many outside of the pop-psychological lime light. It would take entire books to describe each of these concepts to their fullest, so I invite you to research them further to your satisfaction.  Here, are a few of my favorites that might stun old Behaviorists, and shock new Cognitivists alike.

Applied Behavior Analysis (ABA): This is a strictly behavioral (observable, measurable) approach to treatment, but it goes far beyond pigeons in boxes pecking at levers. This approach has shown great empirical and clinical effect with non-verbal and intellectually disabled individuals, as well as a broad scope of learning disorders in children. Not to mention effectiveness in treatment of anxiety disorders and some personality disorders. Focusing on behavioral topics such as reinforcement, shaping, prompting, and motivating/establishing operations, it does have the feel of older behavioral approaches with due regard for medical/physiological processes, and advancements in mental health. [1]

Relational Frame Theory (RFT): You might have heard of B.F Skinner’s “Verbal Behavior” (whose theoretical framework is still used in Applied Behavior Analysis practice), and perhaps the cutting response by Noam Chomsky. Relational Frame Theory was the Behaviorist response to that, decades later. Where Skinner’s approach may not have satisfied Chomsky’s insights in to the human generativity of language, RFT tackles it from a different angle: verbal behavior as a special type of operant behavior; derived relational responding. It bridges a gap in cognitive aspects of the original operant-behavior theory of language, and has growing empirical evidence behind it. [4]

Organizational Behavior Management (OBM): This is a growing field where Behavioral theory is extended to the business and larger molar views of behavior, and meta-contingencies across larger groups of people working together. It takes an Applied Behavior Analytic approach to many problems that businesses face, and functional alternatives to success based on observable outcomes. [7]

Questions? Comments? Leave them below!