What is Stimulus Pairing? What why is it important? I would describe it this way. If you wanted to understand the foundation of how we learn (or any creature with a complex nervous system or brain), then stimulus pairing would be one of the first building blocks of the process you would come across. It explains the process of our reactions and future interpretation of stimuli in our environment. To understand it; let’s start with the original researcher Ivan Pavlov, and his discovery: classical conditioning. 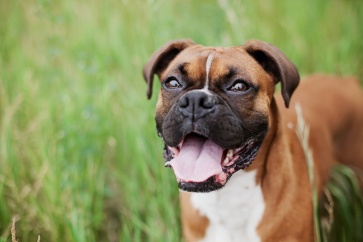 Classical conditioning (or respondent conditioning) is a learning procedure in which a biologically potent stimulus (like water, food) is paired with a previously neutral stimulus (in Pavlov’s case; a bell). It also can refer to the learning process that results from this kind of pairing, through which the neutral stimulus (the bell) comes to elicit a response/reflex (like salivation) that is usually like the one elicited by the potent stimulus. [1,2,3]

These were first studied in detail by Ivan Pavlov through experiments with dogs. Together with operant conditioning, classical conditioning became the foundation of behavioral psychology (behaviorism).

Pavlov noticed that his dogs began to salivate in the presence of the researcher who normally fed them, rather than simply salivating in the presence of food. Pavlov called these “anticipatory salivations”, and wanted to explore the phenomenon more. To do so, Pavlov presented a stimulus (the sound of a bell ringing) and then gave the dog food. After a few repeated trials, the dogs started to salivate in response to the stimulus. Pavlov concluded that if a stimulus (the ringing bell) in the dog’s surroundings was present when the dog was given food then that stimulus could become associated with food and cause salivation on its own. This is the gist of stimulus pairing. [1,3]

Stimuli (and Responses) in Stimulus Pairing

Unconditioned Stimuli- Food, water, sleep, light, temperature, et cetera. These are all considered “unconditioned” because we do not need to be taught to react to them. Many of these are either biological necessity or things that we respond to reflexively.

Conditioned Stimuli- These are things that are “learned” or take on new meaning by being paired with one of those unconditioned reinforcers. Let’s use a food example again. You hear a jingle, or advertisement, for your favorite restaurant. It may take on the effects of that previous experience with the food.

Unconditioned Response- Examples of these are more often than not reflexes. Your pupils widening to light. Salivation when in the presence of food. These are untrained and happen regardless of history.

Conditioned Response- These are trained responses. Remember that food example with the conditioned stimuli? The food jingle. A response to that might be salivation, or seeking (appetitive) behavior for that restaurants food. These are commonly seen with phobias or aversions as well. If you get in to a car accident in your red car, your response in the future might be to react with panic or anxiety in the presence of another red car.

Make sense? What other scenarios can you think of? What stimuli have you been conditioned to?

Comments? Questions? Write them below!