Recap time! Do you remember what a reinforcer or reinforcement is? Reinforcement is the process by which a consequence (reinforcer) strengthens the rate of a behavior, in the same or similar context in the future. Learning through success. [1]

Do you also remember the previous subject we were reviewing called “Belongingness” by Thorndike? Belongingness was a “law” which stated that reinforcement/reward or punishment was at its strongest when it worked on responses relevant to the situation. What this might look like is that if a behavior operates on the environment, a reinforcer which matches this context would be stronger than a happenstance reward that followed an unrelated behavior. Context is important, but it does not need to be spelled out, or explained to the organism at the time, for it to be effective.  [1,2] 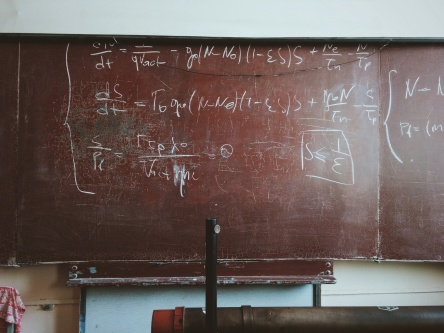 The Automaticity of Reinforcement

Now to introduce something called the Automaticity of Reinforcement

This phenomenon explains how processes of reinforcement affect us, and have affected us, to learn without exactly being “aware” of it.  Automaticity of reinforcement refers to the fact that behavior is modified by its consequence irrespective of the persons “awareness” of the process or purpose. [1,2]

When we study something like this we should not refer to hypothetical constructs such as “expecting”, “understanding” and “knowing”. This leads to circular definitions of the phenomenon.  The behavior (action) itself is what is reinforced, the person or organism is not. Looking at this through the lens of adaptation; we look at learning as a process by which the (operant) behaviors we use as increasing in the future because they were successful. A consequence of success (reinforcer) followed the behavior, thereby strengthening its future use. [1,2]

At no point, for each of the things we have learned in our life, did we have to engage in verbal behavior to contextualize it, or order ourselves to learn or forget it. We do not say “I was successful, I will remember this”, or “I was unsuccessful, I will forget this.”. Although we may engage in these verbal behaviors to construct a narrative for ourselves later, they do not necessarily have any effect on the actual processes and learning at the time.

Food for thought, how could this process explain the learning of novel skills in novel situations? What about animals without language? Or pre/non-verbal children?

Questions? Comments? Leave them below!